We’re back with a new article on the localization of SW series. You’ll need to be a true foodie to fully appreciate the great choices of our Italian cooks! Buon appetito!

Snack World has been one of the most challenging and exciting games we’ve ever had the opportunity to localize. One of the most brilliant names we’ve run into is certainly Ciderella, the shy and calm girl whose personality changes completely as soon as she picks up her baton, becoming the strong and super determined Commander Ciderfella. The challenge here was not only to find two names food-themed, but two names made of the same food (as in English) and able to convey the change of personality from a little girl to a tough soldier. With all this in mind we started thinking of a food name that could be modified so that it could resemble a proper name on the one hand, and a characteristic associable to a soldier on the other hand. We focused on traits that recall strength, determination and virility, and thesaurus in hand, we bumped into “macho”, which similarity to mace made it the most suitable name to create the pun of Macedonia (the fruit salad) and Macho-donia, the Italian version we chose. 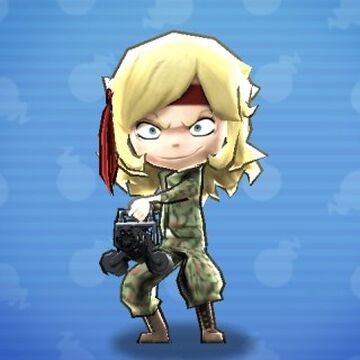 This is the mental process on which we’ve based the localization of the name of all characters, locations and items of this incredible game. For example, to find the most suitable Italian equivalent of Muff Inn, the friendliest place to stay in the realm, we focused on finding a sweet and comfortable food like the muffin of the English version, and at the same time we thought of all possible synonyms of “home”, to present the same pun of Muff Inn. In this way, we created Cà panna (capanna means hut, but Cà is the apocope of casa and panna means cream.)

One thing we want to highlight, though, is that not all puns have been invented in a minute! We made up some of them quickly because of the very different background of each of us, or for the “easy assonance” to Italian words. I’m thinking, for example, about the Ancient City of Chickén Itzá, which immediately became Antica città di Cìccia Epizza (Ancient City of meat and pizza, if back-translated literally). Other names have been created during days or weeks thanks to the contribution of the entire team. In fact, collaboration is always our key to success: if something is difficult for one, it can be easy for another one, and when someone has a first idea, anther one maybe knows how to complete it. Some other time, we had to choose among several good ideas for the same place or character… I’m thinking about Sam Which: the choice was among Ostrega, the official name, (sounds like ostrica > oyster and strega, meaning witch), PaFata (sounds like patata > potato, and fata, meaning fairy) and Par Megera (sounds like parmesan, and megera, meaning witch). Some names came out so good that we used them for other suitable characters!

This project has been so engaging that for some of us it wasn’t easy to zone out after work… We admit that some of our best ideas have been born in the evening, at home, busy slicing the bread of dinner, or at restaurant in front of a juicy filet with balsamic vinegar… balsamic? Well, actually Bals-Amico could be perfect for Balsam, Vinegar’s friend!